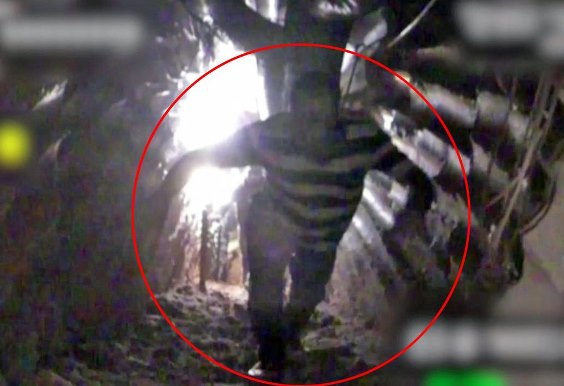 A year after Operation Northern Shield destroyed six cross-border attack tunnels dug by Hezbollah, the IDF has begun deploying new sensors along the border with Lebanon, which are able to detect and identify any sounds of digging by the terrorist group.IDF Spokesman Brig.-Gen. Hidai Zilberman said that while there has been no new intelligence about new cross-border tunnels or excavations, the infrastructure will collect both acoustic and seismic data that will be used as a preventative measure, alerting the military to any new sounds of tunnel excavations.
The engineering project began near the community of Misgav Am on Sunday and will last several months. Zilberman said the project will continue over the coming year, along the entire border, based on intelligence, budget and situational needs.While the infrastructure will be laid within Israel’s borders, with the sounds of the IDF operation expected to be heard on both the Israeli and Lebanese side, the military wants to prevent a miscalculation on both sides.There will be no troop reinforcements as part of the project, Zilberman said. Both the UN peacekeeping force in Lebanon (UNIFIL) and regional authorities have been informed of the project.In December of last year, the IDF launched Operation Northern Shield, to discover and destroy all cross-border tunnels dug by Hezbollah into northern Israel.While the military announced the end of the operation a month later after finding and destroying six tunnels, it noted that it “is simultaneously monitoring several locations where Hezbollah is digging underground structures that have yet to cross into Israel.”

According to the military, the deployment of the infrastructure is another component of the IDF’s extensive defensive effort to prevent any infiltration by Hezbollah operatives into Israeli territory.“IDF forces will continue to fulfill their mission of defending, and will operate around the clock in order to preserve the sovereignty of the State of Israel and protect its citizens,” the army said.While the primary threat posed by Hezbollah is its missile arsenal, the IDF believes that the next war will see the group trying to bring the fight to the home front, by infiltrating communities to inflict significant civilian and military casualties.After the end of Operation Northern Shield, the military said it had “deprived Hezbollah of the unique offensive abilities it had built for years as part of its planned attack on Israeli territory” and strengthened security along the border.The military believes the attack tunnels were built as a classified component in Hezbollah’s “Conquer the Galilee” plan, which would have allowed the group’s elite Radwan fighters to infiltrate into Israel via land, to fire short-range rockets and mortars, allow other Radwan fighters to infiltrate into communities via the tunnels and to cut the army from main roads, killing as many civilians and troops as possible.The IDF stated that it will also continue a broad defense effort along the Lebanese border, to ensure that Hezbollah does not try to dig future tunnels into Israel, by integrating various means such as the ongoing construction of the border wall with Lebanon.Israel has invested significant amounts of money and effort into strengthening its defenses along the border with Lebanon over the past several years by creating obstacles such as artificial cliffs and by building high, concrete barriers to help prevent any ground attacks by Hezbollah.